‍
In 2004 the Red Bull Drinks Company purchased the Jaguar Racing Team for $1. The Jaguar team, who were owned at the time by the Ford Motor Company, had been in Formula 1 since 2000 after Ford purchased 3 time Formula 1 champion Sir Jackie Stewart’s Stewart Grand Prix team. During that time the team had seen four changes of management with only 2 podiums and no constructors championship finish higher than 7th. Red Bull ownership on the other hand has seen the team achieve great things and with over 60 wins and between 2010 to 2013 winning all four Driver’s and Constructor’s Championships. This has all been achieved with mainly with the same management team led by Christian Horner since the first season and drivers who have mainly come through their own driver academy.

So how did a drinks company achieve so much with the same team where one of the biggest motor groups in the world couldn’t?

‍
In 2006 Red Bull Racing hired renowned car designer Adrian Newey as Chief Technical Officer. Newey had come from rivals McLaren and before that Williams, where with both teams he had overseen multiple World Championships with cars he had designed. Upon his departure from McLaren, believing Red Bull Racing posed no threat, McLaren did not enforce any garden leave or period were Newey had to sit out of the sport before changing teams. He moved straight over and from in 2017 autobiography, Newey noted the following challenges that he found when entering the Red Bull factory in Milton Keynes:

- Culture and mentality within the team was stagnant, with many staff still referring to the team still as Jaguar.

- Staff took pride in following the processes and procedures they had always done, telling Newey that he would have to fit in with them.

Part 3: Implementing a Strategy for Future Success: How Horner, Newey and Red Bull turned it around

Further to these challenges presented, the Red Bull Management decided that changes needed to be made in order to improve the results and moral within the team.

These were the following:

1. Brought everyone in the Engineering team together to be based on one open plan floor.

2. Introduced that meetings should only be deemed a success if a clear set of ideas and actions came from it. (They also made it so reports for meetings should be read in preparation to a meeting not during it)

3. Implemented an “Operations Room” at HQ with a direct connection to the Race Track Team. This was so the factory team were then directly involved in the race weekend and stopped the “Us and Them” culture, making everyone feel involved. (This is now standard practice in all F1 teams!)

4. Adrian Newey set his team to focus on the future, with new Formula 1 rule changes coming into place in 2009.

5. Took hard decisions – which included – the dismissal of 3 Senior Team Members, who it was deemed were key to the “Old School” mentality. (Even though they were key within the team, according to Newey, the atmosphere changed very quickly and he found that other members who had been “influenced” by these people, got back to their work and performed much better.)

Part 4: The Results of these Changes

Looking at this on a purely results basis the first few years under the Red Bull Management remained quite similar from their first season in 2005 to 2008 with the team still not finishing higher than 7th. There were some highlights, with achieving their first podium with a 3rd place finish at the 2006 Monaco Grand Prix with David Coulthard but also some low points, which included a rather embarrassing 2008 season where they were outscored by their “junior” team Toro Rosso, who had been purchased by the Red Bull Group in 2005 when they took over the Italian team Minardi. That season Toro Rosso also managed the first win for the Red Bull Group when future 4-Time World Champion Sebastian Vettel took an incredible victory at a very wet Monza.

That would all change however in 2009 when the rule changes that Newey had been getting the team to work towards and focus on came into fruition as the team won 6 Grand Prix finishing 2nd behind Brawn GP in the Constructors Championship.

That season set the foundations for what would be over the next 4 seasons domination as between 2010 – 2013, Sebastian Vettel and Red Bull Racing went on to win all the driver’s and constructor’s championships on offer. It wasn’t always as straight forward as it seemed though, with 2010 and 2012 going down to the wire with Vettel just edging it in the final race.

2014 however brought in new engine regulations and the once powerful partnership between Red Bull and its engine supplier Renault started to sour, as teams became much more reliant on engine performance as the teams switched from V8s to V6 Hybrids. Something that Red Bull Racing boss Christian Horner quite openly admitted to me when I asked him what needed to change back in 2017. Put simply the manufacturer teams like Mercedes and Ferrari could have more control on their engines as “Works” team rather than “Customer” teams who relied on engine manufacturers getting it right!

In saying that though, the seasons since have still brought success with multiple race wins and Red Bull Racing can consider themselves now very much in the “Top 3” along with Mercedes and Ferrari. Attracting the best people to their team and many consider getting ready to build towards another era of dominance. In 2019 they started a partnership with Honda, effectively becoming the Japanese Car manufacturer’s Works team and will in 2022 develop into Red Bull taking on the their power plant and setting up a powertrains division!

“It’s all about getting the right people in the right positions and empowering them to get on with their job. Every now and then a direction or a target has to be set but it’s a question of trusting the group you have around you and to have the faith in them, that they are going to get on with their element” Christian Horner said back in an interview in 2014

“That is the biggest thing that has changed in the last 10 years when Red Bull first bought the team from Jaguar, there was a total lack of trust between the departments and they would blame each other.”

All we know is that it certainly worked the first time round, so no one should bet against seeing them back at the top again!

Get in contact with us and Build Your Course here!! 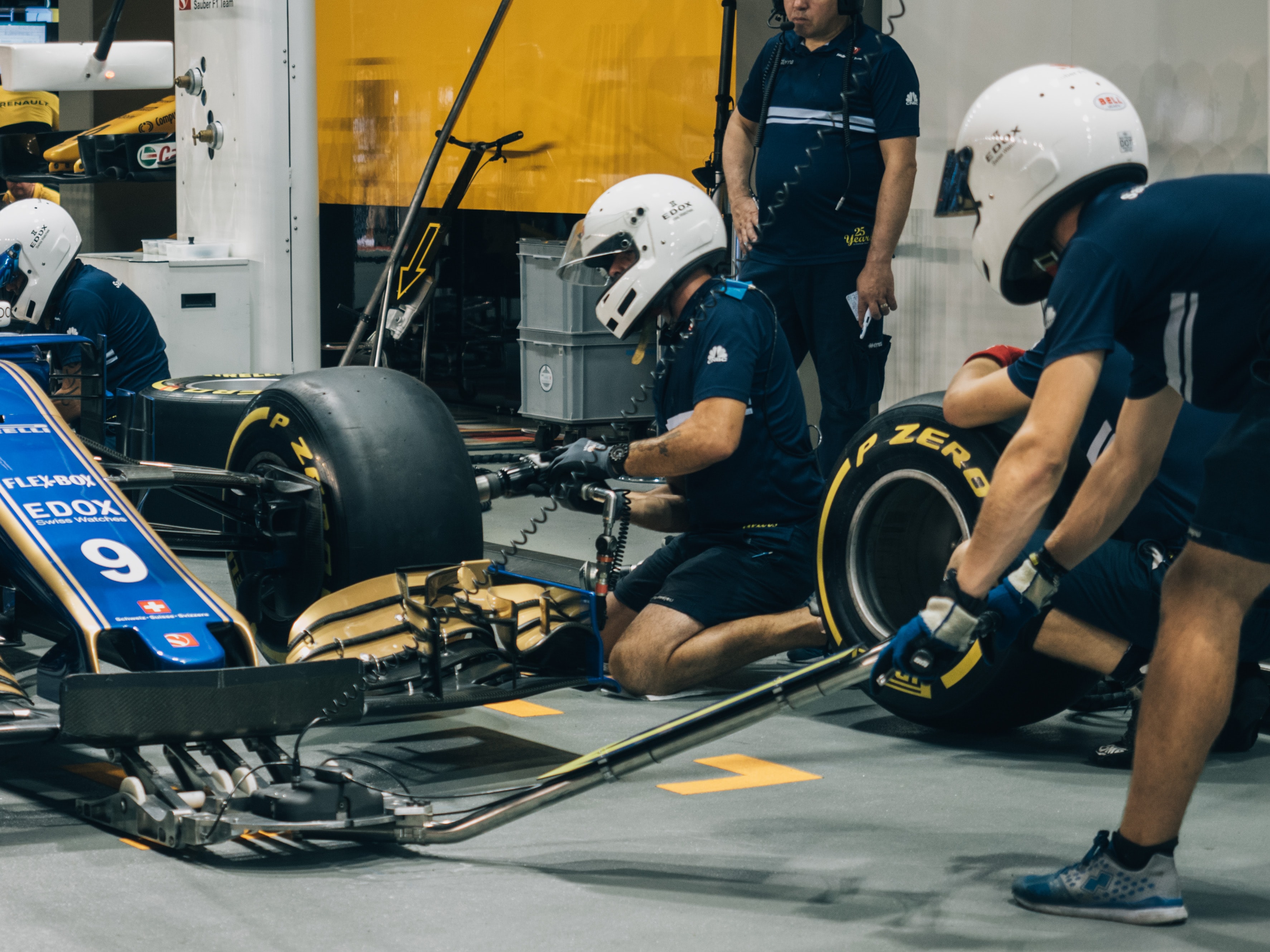 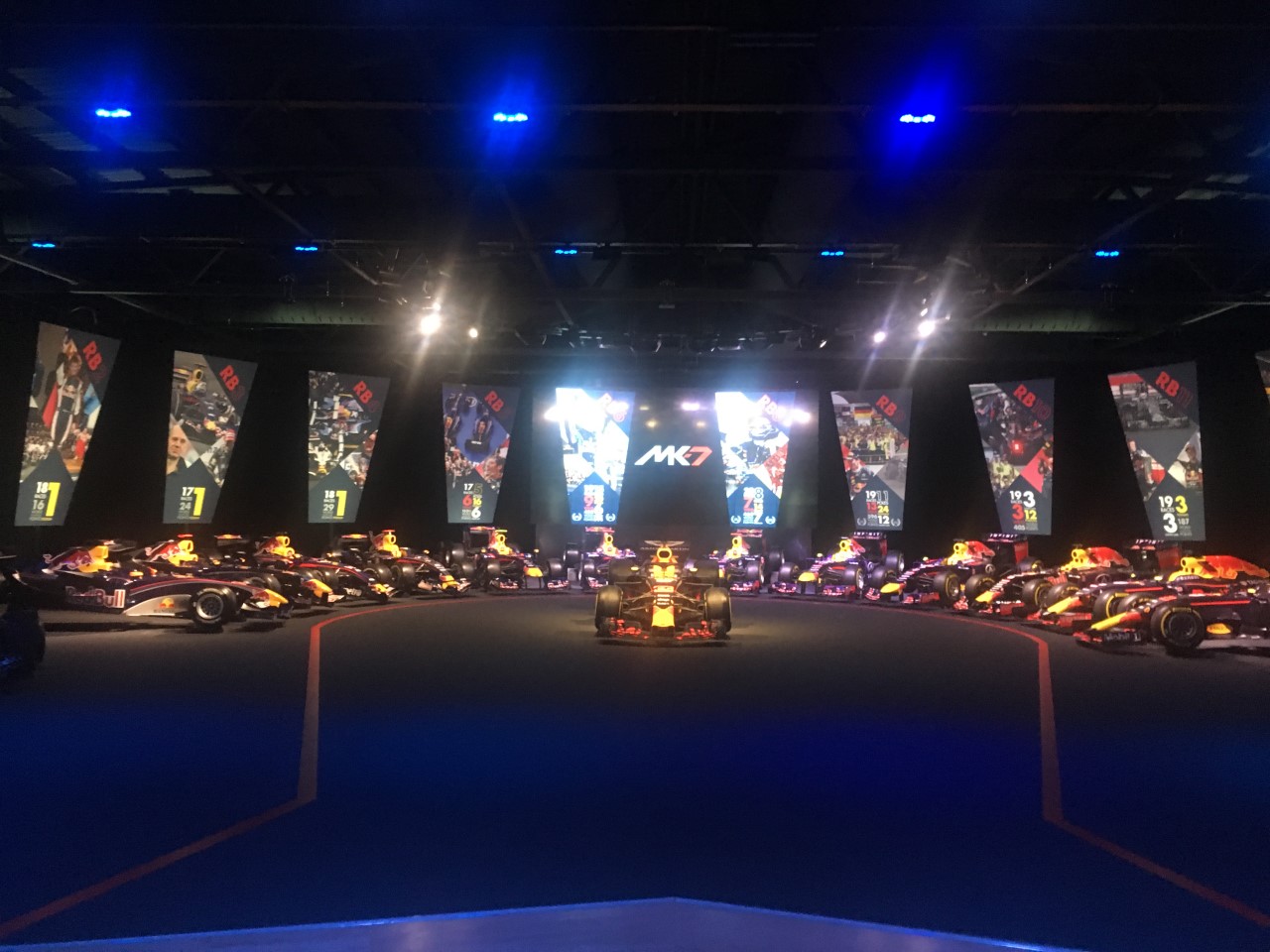